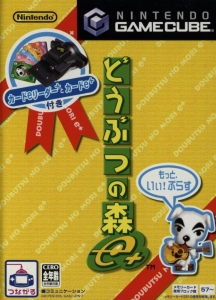 Welcome two new inductees into The Strong’s opens in a new windowWorld Video Game Hall of Fame: Animal Crossing and Microsoft Flight Simulator. We recognize individual electronic games of all types—arcade, console, computer, handheld, and mobile—that enjoy popularity over a sustained period and exert influence on the video game industry or on popular culture and society. These two games join Starcraft and Where in the World Is Carmen Sandiego? to complete our 2021 class.

On the surface, Animal Crossing and Microsoft Flight Simulator seem light years apart from one another. One is Nintendo’s life simulation game featuring adorable talking animal neighbors, hundreds of to-do tasks, and the ability to make new friends and spruce up imaginative neighborhoods. The other is Microsoft’s photorealistic simulation of land and sea from the pilot’s seat, allowing players to take flight and navigate the clouds. However, these two popular franchises have several interesting facts in common.

Both games introduced the newest installments of their franchises in 2020. Animal Crossing: New Horizons for Nintendo Switch sold more than 31 million digital copies worldwide, breaking monthly digital sale records for a console game. The 2020 update to Microsoft Flight Simulator attracted the biggest game launch for the Xbox PC Game Pass with more than a million pilots and one billion virtual flights logged since its debut. However, new and old fans might be surprised to learn that both games have earlier origin stories. The original Animal Crossing made its North American debut for the Nintendo GameCube in 2002, but its origins date to one year prior. Nintendo first released the game for the Nintendo 64 in Japan as Dōbutsu no Mori, or Animal Forest, before eventually translating the game worldwide. In 1982, Microsoft Flight Simulator made its PC premiere, but creator Bruce Artwick developed the core idea years prior. His master’s thesis was a flight simulation program playable on a DEC PDP-11. With designer Stu Moment, Atwick created the best-selling A2-FS1 Flight Simulator for the Apple computer before forging a development partnership with Microsoft.

World exploration from the comforts of home 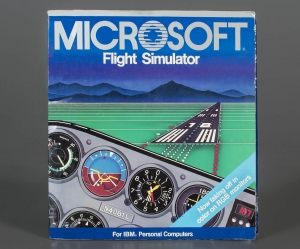 Amidst the global pandemic, both games offer players ways to explore the world and connect with others. Animal Crossing is a fantastical holiday vacation getaway where players can connect and forge friendships with real-life players from around the world while visiting their virtual neighborhoods. News outlets like opens in a new windowThe New York Times declared it “the game of the coronavirus moment” for providing escapism and a sense of community in a time of isolation. The original conceit of the franchise was inspired by creator Katsuya Eguchi’s own experience of moving away from home for the first time. In comparison, the latest installment of Microsoft Flight Simulator integrates Bing Maps and real images to give fliers the experience of soaring over familiar and faraway places, from their hometowns to Mount Everest. In multiplayer mode, the program offers its own type of escapism with friends far away, particularly at a time when worldwide travel is greatly limited.

It might be common knowledge that Microsoft Flight Simulator has been used as an educational tool for aspiring pilots and even exposure therapy for those who may have a fear of flying. The simulation game is meticulous in its design; the original game came with a massive manual that had rules and guides for both VFR (visual flight rules) and IFR (instrument flight rules). What might not be as obvious is that Animal Crossing is also used as an educational tool; parents use the game to reinforce lessons on the value of sharing, interpersonal communication, and budget tracking for Bells, the in-game currency. As the pandemic forced schools to go remote, some enterprising teachers held classes within the game, such as the opens in a new windowFloating City. This virtual island curated by Dr. Hiroaki Chiba invited Japanese elementary school groups to visit and learn about environmental and sustainability issues with in-game sea creatures.

A testament to their cultural impact, both games inspired clever and funny memes and screenshots celebrating the joys and quirks of gameplay. For Animal Crossing fans, the opens in a new windowjokes often poke fun at the nail-biting nature of seeming carefree tasks or lament the penny-pinching nature of tanuki Tom Nook, who makes players work off their debt in the game. And Microsoft Flight Simulator pilots are always on the lookout for in-game opens in a new windowglitches in the not-so-seamless system, such as California palm trees rendered without their tops; all of which only adds unexpected, fun layer to the simulation’s impressive graphic design.

We hope you enjoy playing the newest members of World Video Game Hall of Fame. If your favorite game didn’t make it in, remember that it is never too early to opens in a new windownominate games for next year!