Some time ago, I worked at a bookstore. My days were filled with hauling stacks of books, shelving books, looking up titles, and endlessly restocking whatever Oprah’s latest recommendation was. My coworkers were witty and humorous, and on slow days we’d chat while shelving or alphabetizing books. It was during one of these conversations that I first heard the term curmudgeon, as a coworker deemed herself “Captain Curmudgeon” which made me chuckle, but also think. This descriptor remains a personal favorite because it suggests something decidedly more complex than grumpy, bored, or blah. There’s a certain, almost charming, mystique to curmudgeons, perhaps because, more often than not, there’s much more beneath that prickly exterior. Think you don’t know any curmudgeons? Think again. Perhaps not in your day-to-day life, but chances are you’ve encountered them in books, film, or television because they make great characters. 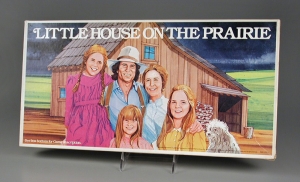 My first recollection of a kindly curmudgeon occurred in the long-running television series, Little House on the Prairie, based on the books of the same name by famed author Laura Ingalls Wilder. opens in a new windowMr. (Isaiah) Edwards, the looming, dark-haired, bearded character (clad almost exclusively in Buffalo plaid shirts) first appears in the series as a gruff, hardworking former mountain man of very few words. As the show progresses, we find that he actually has a complex backstory and troubled past, but a big heart. He becomes a good friend of the Ingalls family and shares a close bond with Laura in particular. In no time at all, Mr. Edwards becomes a favorite character for many because of his quiet, unexpected kindness. 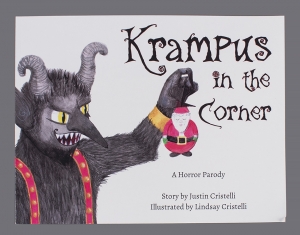 Holiday stories wouldn’t be the same without a curmudgeonly character like Ebenezer Scrooge or the Grinch to keep things interesting. You know, that stubborn anti-festive type that has a big change of heart then embraces the townspeople and joyful friendship ensues. It seems that without the contrast of the antagonistic curmudgeon, there wouldn’t be much of a story among all those sweet, enthusiastic neighbors and Whos. Even the Elf of the Shelf has a contrasting counterpart, Krampus in the Corner—a horror spoof for adults that lends its own curmudgeonly, but comedic, charm. 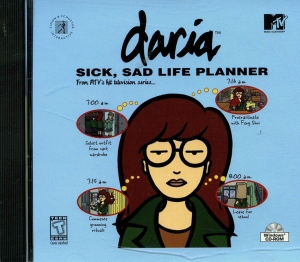 This is the individual that seems perpetually underwhelmed, disappointed, and bored. Perhaps one of the best examples of this is the cult-classic 1990s MTV animated series, opens in a new windowDaria. One particular episode addresses why title character Daria Morgendorffer isn’t more enthusiastic and outgoing like her saccharin sweet sister, Quinn. As the plot unfolds, we learn that Daria— dubbed The Misery Chick by classmates—isn’t downtrodden because she’s bored or apathetic, but because she’s actually quite the opposite; she cares too much and wants a better world where people care more about issues of substance. Daria’s consistent thread of sharp, deadpan one-liners are her trademark and assure viewers that while her sense of humor may be dry, it is very firmly intact, making her quite charming to the many of us who can relate.

So why do many of us (myself included) gravitate toward these curmudgeonly characters? My guess is simple: authenticity. It is a trait that is consistent among all curmudgeons. In an age of artificiality, constant competition, and obsession with perfection, curmudgeons are true to themselves, saying and doing exactly what they mean. They’re not worried about instant gratification, pleasing everyone, or catering to anyone’s opinion. They make us take a step back and think, often seeing things from a new perspective. They encourage us to be our true selves, flaws and all, reiterating the fact that life is not perfect, and neither are we.

So next time you encounter a curmudgeon, take a moment to look beyond that prickly exterior; they may be just the character you need in your life.