I have a confession to make. It’s kind of embarrassing, but I’m hoping readers will understand.

In the early 2000s, a group of recording students from Middle Tennessee State University joined together to work on school music projects. By the time they performed their first live show in 2004, they discovered their niche in the music industry. Referring to themselves only by stage names, even to the press, they created the band The Protomen and began writing a rock opera set in a dystopian future that loosely follows Capcom’s Mega Man series. According to their lead singer, code-named Raul Panther III, “At the time, we noticed a void in rock and roll—a  hole that could only really be filled with grown men and women painting up like robots and playing some fierce and furious rock music based on a 1980s video game. We were fairly certain no one else was going to fill that hole. But, by God, it’s filled now. You can thank us later.” 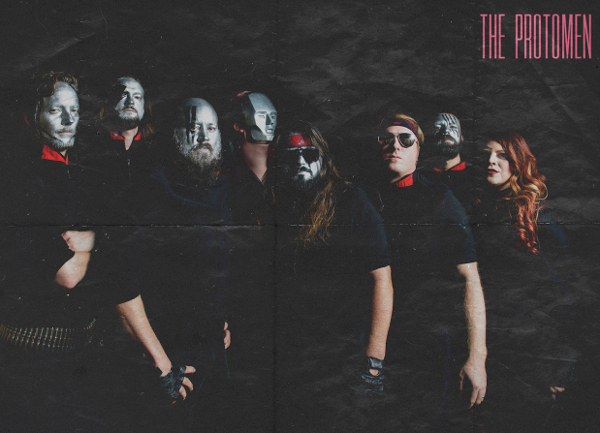 Citing their influences from Queen to Alabama, George Orwell’s 1984 to Ayn Rand’s Atlas Shrugged, and from Sergio Leone to Ridley Scott, The Protomen create music to tell a story about what makes a hero, and what happens when that hero falls.

In their first album, they tell about an Orwellian dictatorship in “The City” that Dr. Wily controls with the help of his robot army. Attempting to preserve hope for humanity’s future, Wily’s former mentor, Dr. Light, creates the robot “Proto Man” to liberate The City. But Proto Man—and later his brother, Mega Man—soon discover that “Hope Rides Alone,” and without help from the people they’re meant to protect, even heroes fail.  A second album serves as the prologue to the story and details Wily’s rise to power, as well as humanity’s last ditch effort to “Light Up the Night” and take back The City. Humanity’s failure to do so presumably results in mankind’s refusal to challenge Wily in the future.

Watching The Protomen perform was an experience. Covered in black and silver face paint, like a black-sheep cousin of KISS, they led the audience in a riotous symphony that spoke of heroism, sacrifice, and what it means to be human. With fists pumping in the air and jumping so hard the floor shook, the audience chanted, “There will be Light!” as they sang of Dr. Wily cementing his control over The City.

As much as the music itself captivated me, I spent as much time watching the crowd as I did the band. I witnessed an amazing combination of hard rock and geek pop culture on display. A girl standing in front of me danced uninhibitedly in an R2-D2 dress. Another girl with green hair and black cat ears stood in a group wearing anime-inspired t-shirts, and a man enthusiastically waved a plush Mega Man doll high in the air. All the while, the band sang a ballad about a dystopian future based on an 8-bit video game, but one similar to thoughts we’ve all likely considered at one point or another, including what role humanity will have in a future dominated by robots and artificial intelligence, how much surveillance is acceptable for safety, and whether there are any heroes left among mankind.

I left the concert in a bit of a daze but also affirmed in my conviction that video games are becoming more and more central to popular culture. I’m sure when a young Keiji Inafune joined Capcom to create Mega Man, he never believed a band like The Protomen would exist nearly 30 years later. (Or maybe he would, considering that originally, the protagonist’s name was Rockman and he had a sister named Roll.)  Today, The Protomen join other video game-inspired musical performances like Tommy Tallarico’s Video Games Live and Arnie Roth’s Distant Worlds: Music From Final Fantasy. Fans can even play one of The Protomen’s signature songs, “Light up the Night,” in Harmonix’s Rock Band 4. All of this makes me proud of the work that ICHEG contributes to preserving video game history.

Rock on, Protomen. We’ll be bringing back the Light with you.