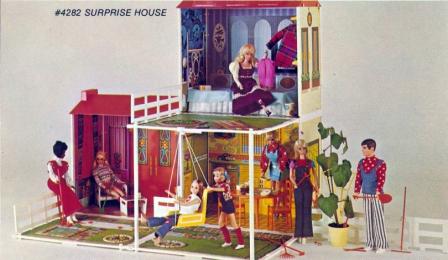 opens IMAGE file Feeling nostalgic for your old Barbie dolls? Well, 2009 is the year for you because Barbie is turning 50!  Barbie sure doesn’t show her age (we should all be so lucky), even though she’ll be old enough to qualify for an AARP card. And Barbie certainly hasn’t lost her taste for fun over the years. There’ll be Barbie fashions and Barbie reissues in 2009, just for a start.  And, of course, Strong National Museum of Play is planning an exhibit and celebratory programming in her honor.  After all, what’s a milestone birthday without making the occasion special? 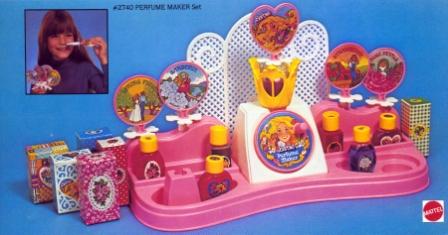 But we need some help in setting the stage for Barbie’s party. As I was surveying the Barbie collection today in preparation for the exhibit, I noticed that the museum is lacking certain Barbie items. While we have a fantastic collection of  dolls, we’re in need of Barbie play sets and other accessories. Some of the ones we would be interested in adding to our collection include the Barbie and Ken Little Theater (1964), the Barbie Fashion Plaza (1976-1977), and the Barbie Surprise House (1974). I’m also eager to assemble examples of Barbie toys from other product lines, such as Shrinky Dinks, Colorforms, paper dolls, Barbie board games, and the B 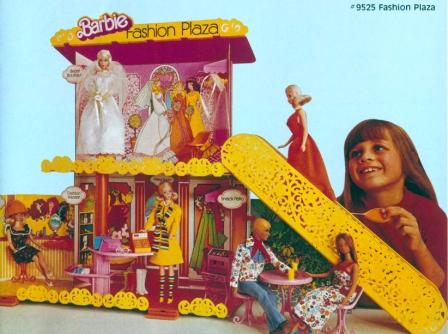 So check in the basement, look under your bed,  or dig in those closets and see if there’s Barbie gear that’s just waiting for its moment in the spotlight.  If you’re willing to donate, sell, or loan the museum your Barbie accessories for this exhibit, we’d love to hear from you.  Feel free to contact the museum by email or by phone at 585-263-2700 to tell us what you’ve got. We really want to showcase Barbie’s 50 year history in 2009, and we’d appreciate your help!